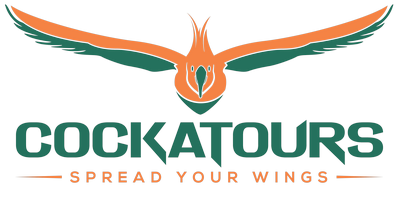 Well, I thought I would clear up a little confusion about this as I’ve seen quite a few questions about it lately.  Admittedly, even I was a little confused about how much would be sealed and by when.  It’s harder again for non-locals, as it’s easy to assume that the Peninsula Development Road (PDR) goes all the way to the tip of Cape York.  I finally have a summary for you all after a little research on the Transport & Main Roads government website, Regional Development Australia website and phone calls with locals that are working on the road project.

Firstly, it’s important to understand the road names.  The PDR runs from Lakeland Downs (southwest of Cooktown) to Weipa…NOT to Bamaga or the tip.  The road from Cairns to Lakeland Downs is fully sealed, and recently bitumen has been extended to 20km north of Laura.  This makes the first dirt you hit, about 15 minutes north of Laura.  The road to the tip/Bamaga, branches off the PDR and continues for another 330 km, which is mostly dirt with some bitumen stretches in between.  This is called the Bamaga Road or sometimes the Northern Peninsula Road.

The common belief is that the PDR would be FULLY sealed by 2020, however, this isn’t the case.  In 2014 funding was announced under the “Cape York Regions Package” which included $215 million to “to progressively seal sections of the Peninsula Developmental Road between Laura and the Rio Tinto boundary, south of Weipa”. The completion date was due for late 2019.  To clarify this, it meant that by late 2019, there would just be MORE sections of bitumen in between the dirt, not that the whole PDR would be sealed, and certainly not including the Bamaga Road to the tip as well.  This means by 2020 there would be 200 km of dirt remaining on the PDR, plus the 330 km of dirt/sealed Bamaga Road.  According to one of the road project managers, the goal on the PDR was that there would be no dirt sections longer than 15 km.

So when will it be complete?

In the 6 years of road upgrade ending in 2019, 173 km of sealed sections will be added to the PDR, leaving 200 km of dirt remaining.  Local councils are now awaiting the next funding announcement to start making plans for the rest of the PDR.  Given that it has taken 6 years to do 173 km, it may take another 6 to complete the remaining 200 km of dirt.  As for the 330 km of Bamaga Road…I don’t know.  Maybe another 10-15 years?  I do know that the dirt sections around the Jardine River ferry are some of the worst on the Cape and it certainly needs it!  If only it were graded more often!

What does this mean for caravans and 2WD’s hoping to get to the tip by 2020?

Well, those that tow 4WD caravans can still do it as many have done before.  It’ll be rough and slow, but at least there will be more bitumen.  You’d be VERY game to take a motorhome all the way up!  Many locals drive their 2WD’s down to Cairns, but not often!  And not without substantial risk of damage, but it is possible.

An important note to consider is that whilst the north/south main highway may be eventually sealed, the side tracks and most roads in National Parks are still dirt.  And that’s largely what makes it the outback.  That difficult, challenging and arduous outback that we all love and cherish.  The one we seek to feel adventurous and get a taste of what pioneering must’ve once been like.  Historically, Cape York was Australia’s last frontier, the last place explored succesfully.  To this day, it still remains our last frontier.

Finally, if you’d like some often overlooked & very basic tips on driving on dirt roads (anywhere) and staying safe, see our post here: How to Drive on Dirt Roads in Cape York. You’d be surprised what the #1 tip is!

I hope this has been helpful!  If you have any questions, feel free to contact us via email or phone.  We’re always happy to help!  If you found this helpful, leave a comment and let us know what you think, and sign up to our blog mailing list (by clicking here).  We post some great stories and media on Facebook & Instagram too, and it’s worth a look!